Brian has a remarkable reputation as a leading criminal lawyer and in public inquiry work. The hugely respected Chambers Bar Guide refers to him as a “stalwart of the criminal Bar who has attracted widespread commendation for his work at the helm of the Independent Inquiry into Child Sexual Abuse.” Both Chambers Bar Guide and the Legal 500 consistently rate Brian as one of the UK’s leading Crime Silks. The 2018 Guide to the World’s Leading White Collar Crime Lawyers names him as one of the experts in the field in the UK and Who’s Who Legal UK Bar 2018 names Brian as one of “47 standout barristers who are considered leaders in the field of criminal fraud.”

The Times has named Brian in its Law 100 list as one of the country’s 100 most influential lawyers. The London Evening Standard considered him one of the top three ‘criminal masterminds’ in the UK. He is also consistently listed as one of the Leading Silks in the Chambers Bar guide, where he is top ranked in their Crime and Inquests & Public Inquiries sections, and he is top ranked in The Legal 500 where he is featured as a Leading Silk in the top tier of silks in their Crime, Business and Regulatory Crime and Inquests and Inquiries tables. In 2022, he was nominated by the Legal 500 as Public Law Silk of the Year.

“Stalwart of the criminal Bar who has attracted significant attention and commendation for his work at the helm of the Independent Inquiry into Child Sexual Abuse.”
Chambers Bar guide for 2023 (Inquests & Public Inquiries)

“He has an extraordinary amount of experience and is a real perfectionist who dedicates himself to his cases entirely.”
Chambers Bar guide for 2023 (Crime)

“Brian is a leader in this field and one of only a handful of go-to barristers for inquiries. His criminal experience makes him a very effective counsel to the inquiry or chair of an inquiry; and he can manage huge teams and vast quantities of material, which makes him ideal for this sort of work. He has all the skills to get the best out of witnesses, opponents and panellists, and his advocacy is focused, clear and strategic.”
Legal 500 2023 (Inquests and inquiries)

“Brian is one of big beasts of the criminal Bar. He combines a ferocious work ethic, incredible attention to detail and strategic vision. He commands the confidence of the court as well as he commands his brief – a superb appellate advocate.”
Legal 500 2023 (Business & Regulatory Crime)

Brian has exceptional insider knowledge and experience. In June 2013, he completed his highly successful 16-year tenure as Treasury Counsel at the Old Bailey, the last two and a half years of which were as First Senior Treasury Counsel – the country’s most senior practising prosecuting barrister. During that period, he was involved in prosecuting some of the most high-profile cases of the day.

A large part of his practice is advising prominent private and corporate clients, as well as the UK Government, on a wide range of high-profile and esoteric issues. His work involves both private prosecution and defence. Brian’s clients have included high-net-worth individuals, foreign multinational corporations and UK PLCs and other organisations, as well as a Middle Eastern Royal Family. Typically, his instructions emanate from well-known and respected City solicitors, but also from in-house Counsel. He is highly experienced in leading teams of investigators and lawyers dealing with complex financial or business crime.

In January 2017, Brian was appointed Lead Counsel to the Independent Inquiry into Child Sexual Abuse (IICSA) (to see The Times report of the appointment click here). Brian provided strategic and legal advice to the Chair and Panel on all aspects of the Inquiry, as well as overseeing the large counsel team. He appeared as Lead Counsel in a number of the Inquiry’s high-profile investigations. The final report was published in October 2022. See https://www.iicsa.org.uk/reports-recommendations/publications/inquiry/final-report.

Brian was featured in The Times on 17 December 2020 as their Lawyer of the Week for his work as lead counsel to IICSA.

In March 2021, Brian, instructed by Peters & Peters and leading two other silks and three junior counsel, appeared on behalf of Post Office Ltd in the Court of Appeal Criminal Division in relation to 42 cases referred by the Criminal Cases Review Commission regarding individuals who had been prosecuted by the Royal Mail Group and, post-2012, by Post Office Ltd between 2000 and 2013, relying on evidence from the Horizon accounting system since found to suffer from bugs, errors and defects, in what was the largest conjoined appeal ever heard by the Court of Appeal Criminal Division (R v Hamilton & Others [2021] EWCA Crim 577). You can read the full judgment here.

In the spring of 2021, Brian was appointed as Lead Counsel to the Brook House Inquiry, whose terms of reference are to examine the mistreatment of detained individuals at the Brook House Immigration Removal Centre in Gatwick, then run by G4S, which was exposed in a BBC Panorama programme in September 2017. See more information here.

In May 2021, Brian was commissioned by the Director of the Serious Fraud Office to investigate and report into the collapse of the Serco trial of R v Woods and Marshall in April 2021. His report was published by the Serious Fraud Office in July 2022. The link to the Director’s statement and the Report and Annexes may be found at: https://www.sfo.gov.uk/2022/07/21/publication-of-brian-altman-qc-and-sir-david-calvert-smith-reviews/.

On 19 October 2022, Brian appeared before the Justice Committee in Parliament to give evidence about the report. He appeared with Sir David Calvert-Smith (former DPP and High Court Judge) and Anthony Rogers (His Majesty’s Inspector of the Crown Prosecution Service) in relation to their report into the SFO’s mishandling of the Unaoil case. Watch here. 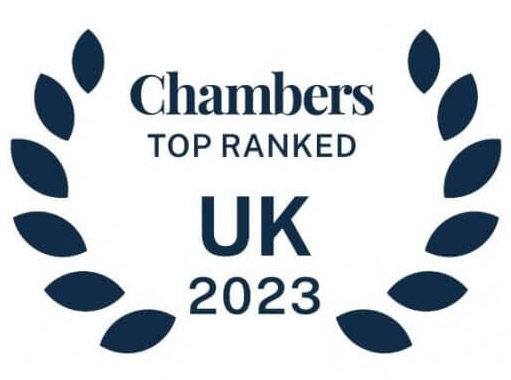