Brian was born in August 1957, one of twins. His brother is a surgeon. He was educated at a comprehensive school in Chingford, after which he studied law at King’s College, London, and European law at the University of Amsterdam, before going on to become a barrister in 1981.

Brian has proved himself an exceptionally talented barrister, who delivers remarkable results. His ability to understand complex financial data and processes makes him an ideal choice for businesses and high net worth individuals seeking a barrister for advice and representation on major corporate fraud, bribery and corruption cases.

Brian is consistently ranked highly in the most authoritative legal listings, notably he was listed as one of the top 47 standout barristers in the field of criminal fraud by Who’s Who Legal UK Bar 2018 and named as one of the experts in the field by the 2018 Guide to the World’s Leading White Collar Crime Lawyers. The Legal 500 consistently rates Brian in the top tier for Crime Silk as well as being listed for Business & Regulatory Crime. He has been prominent in the Chambers Bar Guide and is ‘top ranked’ in both their Crime and Inquests & Public Inquiries sections.

Because so many of Brian’s cases have been widely reported in the press his opinions are much sought after by the media. He was filmed and interviewed in the BBC4 series “The Prosecutors” which featured the historic case of R v Ash-Smith (see Notable Cases). A CPS spokesperson described Brian as “one of the leading barristers in the country” and said, “He is just the type of barrister you would want for a case like this as he is able to bring all the circumstantial evidence for it together and present a very compelling case for the prosecution”.

A Channel 4 online article described Brian as ‘an expert cross-examiner, breaking down the hardest of the hard men with patient, remorseless logic, trapping them with their own lies.’ For more about Brian’s cases in the media, click here.

Brian is married with four children, and lives in west London. His pastimes include fitness training, walking, scuba diving (he is qualified as a PADI rescue diver), and music. 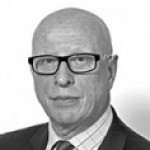 Career
1981
Called to the Bar by Middle Temple

2003
Recorder of the Crown Court